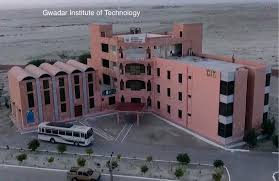 Gwadar is a place not known to everybody.But,instead of it,it is a ground of investment because the government is taking an active part in the economic development of Gwadar city. Gwadar city is now offering remarkable business opportunities to the people and plays a vital role in the economic growth of the city.

Nowadays,working is going on to make Gwadar "a centre of education."The government is stressing upon the improvement of education and promised to secure the rights of the people in Gwadar.The govrnment is working hard to make Gwadar a successful city and enlist Gwadar in the top-listed cities of Pakistan, socially and economically.

Gwadar is said to be as one of the best city for inventors and this has been proved by this that China has been invested a large amount of money in Gwadar for business.The work is in process. After this,millions of jobs will be provided to the people to remove poverty and unemployment from the city as well as from the country.

The Gwadar Development authority is only the authority which is performing a vital role in developing and progressing the city and make it one of the most moderate city in the country.GDA  helps you in your investment journey having large projects of housing societies,Industrial revolution and building projects which will help you to progress your business and it is also beneficial for the betterment and development of the city as well.To bring industrial revolution and uprising the trade of Pakistan is government's first priority and doom.

The work on "Gawadar Master plan" is in progress.The main destiny of the project is to make Gwadar port,the most enormous and advanced port city.The construction of Gwadr airport is also going to be started this year.The development of new roads will also take place soon to create a strong connectivity or network between the cities which will surely give an outstanding output and will help in leading the city.

Government also succeed in CPEC project(China Pakistan Economic Corridor),which is the project started by China with a great deal of investment.It was an agreement which has been now changed in to a success of billion-dollars investment.This will also give the opportunity to the people of Pakistan to grasp jobs which will lead employment and reduce the level of unemployment.

Gwadar will soon appear to be the most blooming and progressive city of Pakistan.