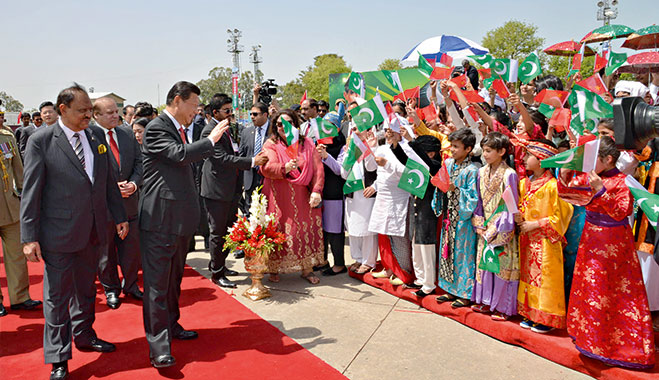 Many changes has been taken place in Gwadar. The government is willing to make Gwadar a successful city which soon become known to many people.Many Development projects is running in the city in which many foreign and developed countries are taking part and want to invest their money for the establishment of the city.

Friendship flags of Pakistan and China are waving and waiting for the success of CPEC project.There is a strong bond between two countries.Construction work is going on in Gwadar as they want to make the city hub of regional trade for which they are making new roads,railways to get connect with each other in better way and also to build best means of communication.

Chinese government has decided to invest on mega-project.Beijing has already invested a large amount on construction activities at Gwadar port.Chinese engineers have already completed 90% of mending work and bring a great improvement in Gwadar port.

The government is focusing on the continuation of the work with the same spirit and also mentioned that they would make Gwadar port city the new economic capital of Pakistan.

Finally it is decided that four factories will start production in December,2017.Among them,one has already established strong place in Chinese market. Gwadar city will receive one or two hips in fifteen days for the port and expected to receive 3 ships per week in upcoming months.

China has poured a big amount of almost USD 500 million in free zone at Gwadar and more than 300 engineers have arrived there in last six months for development process.

Gwadar city is progressing very fast to achieve its destiny.It has already got success in a very short time period just because of the great efforts.It is the intention that Gwadar will be the second major city that would soon be built by Pakistan in its 70 years history.